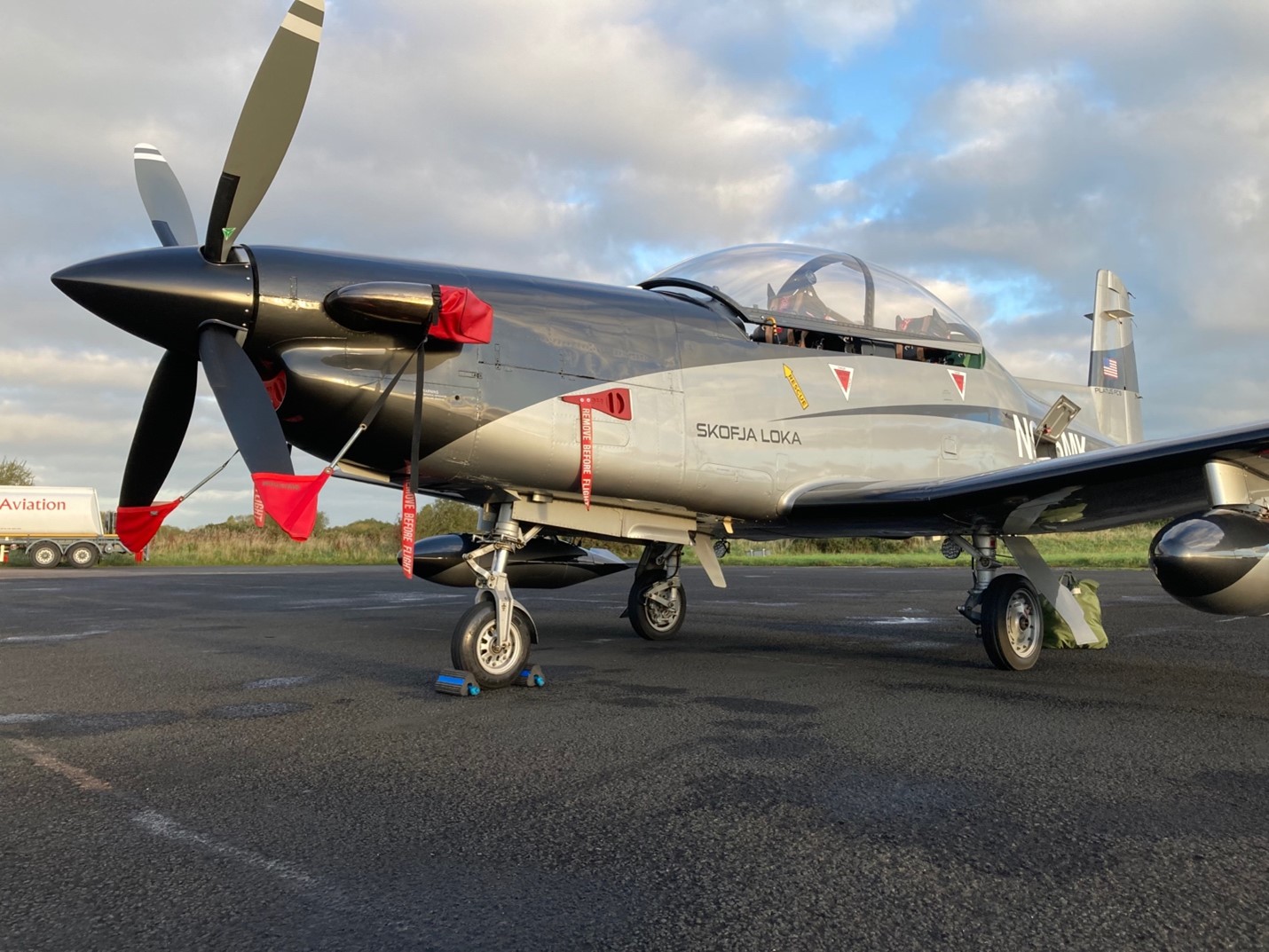 International Defense & Aerospace Group, LLC (IDAG) has successfully completed a trans-Atlantic crossing of their Pilatus PC-9, N995MK. The aircraft was temporarily relocated to Europe in support of IDAG’s training program. Before Christmas, the PC-9 has returned to its home-base, and IDAG’s main operating location, in Titusville, FL. The Pilatus PC-9 is an Advanced Turbo Trainer aircraft produced in Switzerland. The PC-9 represents one of the best performing and most successful modern training / acrobatic aircraft.  The aircraft is equipped with the venerable Pratt & Whitney Canada PT6A-62 turboprop engine, which delivers a flat-rated 950 shaft-horsepower throughout the entire acrobatic flight envelope. It also powers the aircraft to airspeeds of up to 320 knots. The PC-9 can endure G-loads between negative 3.5Gs to positive 7.0Gs and can maintain inverted flight for up to 60 seconds with its acrobatic-designed fuel system. Both cockpits are equipped with a Martin Baker Mk11 ejection seat that has 0/60 capability—minimum of 0 feet altitude and 60 knots minimum airspeed. N995MK was modernized with advanced avionics centered around the Garmin G3X and Garmin GTN 650 systems. This enhancement brings the PC-9 into compliance with the latest technical requirements such as ADS-B and provides the pilot with a wealth of information while in-flight. The Ferry Flight The 5,593 nautical mile (10,400 km), 12-stop flight was planned and flown by our PC-9 Chief Pilot and Instructor, Tyler Stecker. It follows the same route, known as the Blue Spruce Routes, which were used in World War II to transport aircraft and supplies from the USA to Europe in support of Allied activities. This route can be quite dangerous for small aircraft, such as the PC-9, as the weather at such Northern latitudes can be unpredictable and unforgiving. Total flight time for this trip was over 21 hours and took 6 days to successfully return the aircraft to Florida. As one can imagine, a flight like this required extensive preparation and pre-flight planning to safely make the journey. The late-fall flight, while successful, was not without weather challenges. A high-pressure system southwest of Iceland caused extreme headwinds and low temperatures from Belfast, UK to the Greenland Ice Sheet. Winds at altitude in excess of 90 knots (167 kph) drastically reduced the range of the aircraft and led to an extra fuel stop in Stornoway, Scotland.       These strong-winds presented a challenge on the risky, 730NM (1,350km) leg between Reykjavik and Greenland. This leg is extremely remote with no diversion or alternate airports and consists of the longest stretches of open water over the frigid North Atlantic. The threat of trapped or unusable fuel in one of the aircraft’s external fuel tanks was a serious and constant concern. Continuous use of the tanks and their pumps kept the fuel flowing as the aircraft pushed through 86 knot (160 kph) headwinds. Thankfully, once over the Greenland Ice Sheet, the headwinds dropped and changed to a 10 knot (19 kph) tailwind, significantly extending the aircraft’s range and led to a picturesque arrival into Kangerlussuaq, Greenland.   The PC-9 arrived in Canada to cold temperatures and high winds. After spending an extra night due to a blizzard, the next day brought mild temperatures and the aircraft flew to Montreal, Quebec with a fuel-stop in Goose Bay, Newfoundland. Finally, the trip went on to warmer weather through Vermont, South Carolina, and finally, Titusville, Florida.   “We are proud to have completed another trans-Atlantic crossing and would like to congratulate Tyler on his first ocean crossing in a small aircraft,“ said Bob Caldwell, president of IDAG. “The team at IDAG has once again demonstrated its commitment and ability to solve challenges in the aerospace industry” he added.   We offer a wide range of training courses, if interested click on the link and find out more information → https://www.usatsflighttraining.com/
Share on Facebook Share on twitter 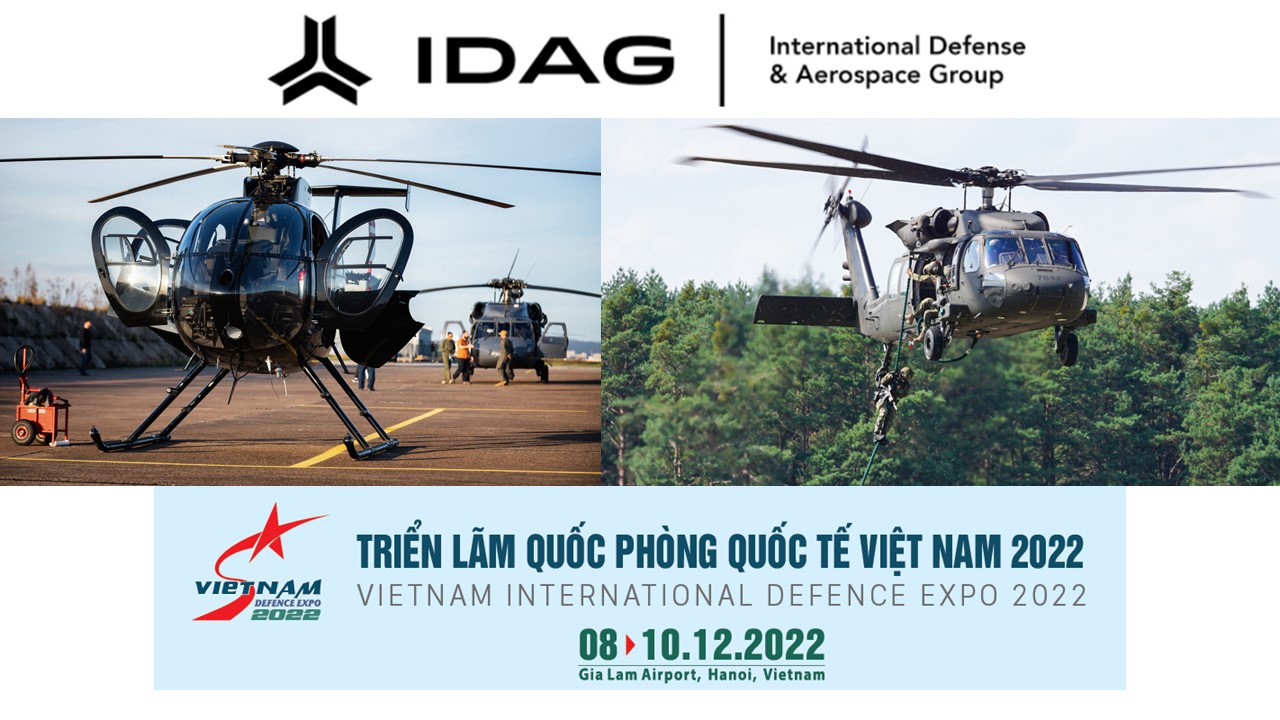 October 12, 2022
We use cookies on our website to give you the most relevant experience by remembering your preferences and repeat visits. By clicking “Accept All”, you consent to the use of ALL the cookies. However, you may visit "Cookie Settings" to provide a controlled consent.
Cookie SettingsAccept All
Manage consent

This website uses cookies to improve your experience while you navigate through the website. Out of these, the cookies that are categorized as necessary are stored on your browser as they are essential for the working of basic functionalities of the website. We also use third-party cookies that help us analyze and understand how you use this website. These cookies will be stored in your browser only with your consent. You also have the option to opt-out of these cookies. But opting out of some of these cookies may affect your browsing experience. For more details visit Cookie Policy and Private Policy.
Necessary Always Enabled
Necessary cookies are absolutely essential for the website to function properly. These cookies ensure basic functionalities and security features of the website, anonymously.
Functional
Functional cookies help to perform certain functionalities like sharing the content of the website on social media platforms, collect feedbacks, and other third-party features.
Performance
Performance cookies are used to understand and analyze the key performance indexes of the website which helps in delivering a better user experience for the visitors.
Analytics
Analytical cookies are used to understand how visitors interact with the website. These cookies help provide information on metrics the number of visitors, bounce rate, traffic source, etc.
Advertisement
Advertisement cookies are used to provide visitors with relevant ads and marketing campaigns. These cookies track visitors across websites and collect information to provide customized ads.
Others
Other uncategorized cookies are those that are being analyzed and have not been classified into a category as yet.
SAVE & ACCEPT
Search

Hit enter to search or ESC to close